Showing posts from January, 2016
Show all

Is it too late to say Happy New Year? 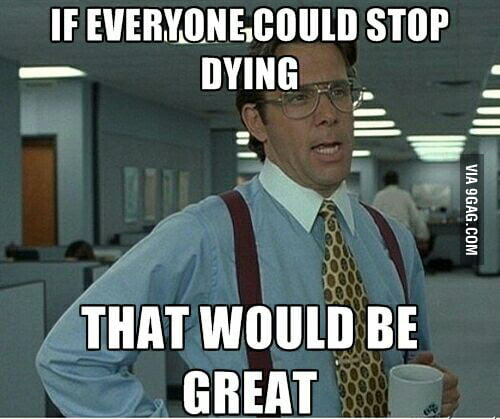 This year has started off a little rough for pop culture lovers. Losing David Bowie and Alan Rickman in the same week, at the same age, to the same disease has made me want to write off 2016 before its first month is even over. (Pausing a  moment here to say fuck cancer .) But both of these men meant something to a lot of people. David Bowie made many people feel like they were not the only freaks in the world. He made being weird seem utterly cool and perfectly acceptable. That's so very important. Alan Rickman portrayed a number of character, spanning so many different genres it's hard to think that people haven't seen him in something. From Hans Gruber in Die Hard to Severus Snape in Harry Potter. My personal favorites were his roles in Dogma and Galaxy Quest. He was a brilliant actor, and form all the accounts of his co-stars, a great man. So yeah. It's been a rough week. But there have been some positives as well. I got my first round of edits back
Post a Comment
Read more
More posts