Showing posts from 2015
Show all

I have awesome news! I submitted one of the stories I'd been working on to Less Than Three's Packing Heat anthology and it was accepted! I got the news on Saturday but because the holidays are coming up fast and furious, I didn't have a chance to update it until now. I have my signed and counter-signed contract, it's in the editing queue and now is the waiting game, part the second. The anthology probably won't be out until at least mid next-year, but I'm certainly not resting on my laurels. I have two more anthologies and at least one collection call I'd like to write for, that I have ideas for. Some a bit more solid than others. Not to mention some general submissions as well. Hoping to get a lot of writing done during my holiday vacation. We'll see. Wish me luck. And while I don't know who else is gonna be in this antho with me, if you're out there reading this and you got accepted to Packing Heat, congrats! I can't wait to be in
Post a Comment
Read more

Two posts in one month? Madness! Heya folks! Look: I didn't let another whole month go by before posting again! Success!  I hit some awesome milestones already this month so I wanted to check in. First off, the story I was diving back into in my last post? Finished! Sent it to some beta readers for initial edits. I'm hoping to have it fully edited and ready for submission by year's end. Though I know acquiring editors get a lot of submissions in December due to NaNo, so maybe I'll wait until January? I'll think it over. But rather than rest on my laurels I moved onto the next project while I wait for edits to come back. I had a lot of setbacks with this one. It started rough and dry, and I scrapped it and started again, but that was also sort of leading me in circles. Finally I sat down and rewrote my 'outline' (it's really just a massive plot dump, but it's step by step what I want to happen) and everything started falling into place. I have better motivations for the char
Post a Comment
Read more

I opened my brain and words fell out. 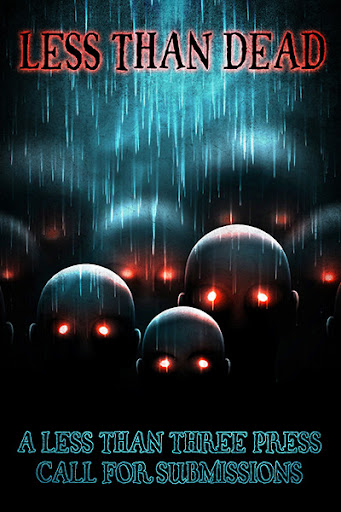 So much writing, guys. So much. I'm not actually doing NaNoWriMo proper this year (when do I ever have time these days?) But I still have managed to do a ton of writing since it began. I wrote one article, one essay, and yesterday, wrote 2K words and finished a novella! It's in the beta-read/editing stages now. I do plan to submit it to Less Than Three Press, since it's a sort-of sequel to the story that was in the WON'T BACK DOWN anthology. You don't have to have read that story to read this novella, but it's nice to see recurring characters. I also just submitted something else so I've holding out hope for that too. Even the essay I wrote I'm seeking a publication in an anthology, but I don't want to say any more on that until I know more about it. Also, I've re-jiggered my schedule to include the new collection calls and anthologies Less than Three has put out. I'm not sure I'll write for all of them, but I've scheduled them
Post a Comment
Read more

It's October. How did that happen? 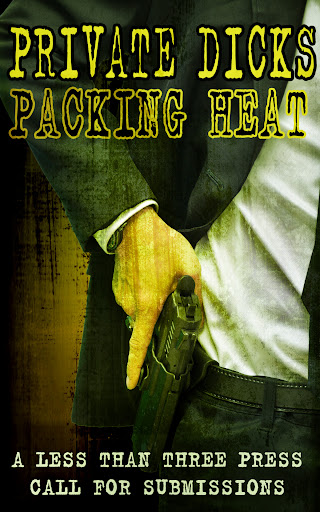 Welcome to fall, if you're in the Northern Hemisphere like me. I woke up and it was suddenly October and I realized I needed to get my rear in gear where my next submission to Less Than Three was concerned. I have a story previously published in an e-zine that I'd like to rework for this next submission. It's only 1500 words shy of the minimum word count and I sat down this morning to figure out how I was going to work this out. After a quick outline I figured out what I needed to add and change. Next step is getting the story removed from where it's currently up for free. But all that to say there was writing done today and more to come! I'm pretty excited abut this and hoping I can cram enough writing/editing time into the month to get this submission in. It's for the Packing Heat call. So, that's where I am right now. My October's pretty packed itself so I just have to make sure to make as much time to write as possible. What are your
Post a Comment
Read more

Looks like the summer's over, huh? It's Labor Day today, aka the unofficial last day of summer. Though one look at the weather for this week makes it pretty clear nature's not ready to let go of the heat just yet. I have the day off today so I figured I should get some writing in, at the very least some planning and blogging. Less Than Three has put out a new anthology call , this time for fairy tales. I'm really excited about this one, because I have a few fairy tales I've already written I could rework, but there's one in particular about the moon that I never finished. This is the perfect opportunity, and better yet, I have until The end of March which means I can continue work on the two stories I'm currently working on getting done before the end of the year. The story I'd originally intended for the Lovely Dark and Deep  anthology is now firmly into novella length. I don't expect it will be long enough to be a novel, but it's cert
Post a Comment
Read more

The Dry Spell Is Over!

I've been gone a long time. I know. It's been a little rough here in Milanoland. Day job's been busy - I even went away on a business trip a couple months ago. But most importantly, I've been struggling with writer's block. Not just "I can't advance this story," but  "I don't know what to write in my blog" as well. Hell it's been hard even to just get through reading a book, much less trying to write one or about one. I don't know what's causing it, but I'd guess a bad mix of stress and depression. I'm muddling through. I don't now what broke the spell but I opened one of my WIPs about an hour and a half ago and started reading through it. I did some editing as I went and wound up adding a good 2000 words, and linking parts of the story together that previously were unconnected. I feel really good about it and actually feel like I'm back on track. Yeah that's me right now. :D In other life
Post a Comment
Read more

Wow folks, I am so sorry I disappeared. Between the holidays, a new job, a vacation, and then just life in general, i just was not making enough time to come and post here, I'll give a quick update on some things and try to get back in the swing of posting more regularly. Just before Christmas I found out I was getting a promotion and a raise. While that made my Christmas very merry, it did also pretty much double my workload. I have no time to sneak in writing during lunch and when I get home at night I'm too brain-dead to try. Meanwhile I still have a ton of ideas I need to get written so I need to find the time to make sure I write. My vacation was awesome and just what I needed. Unfortunately it meant I was playing catch up with the new workload. I still feel like I am catching up. There are mistakes I keep making but I also have been told I'm doing some great things so I'm somewhat relieved. I'm excited and drained by my job every day but I'm happy, so
Post a Comment
Read more
More posts